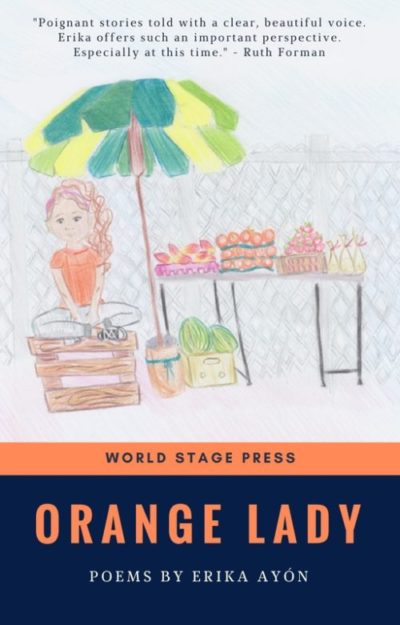 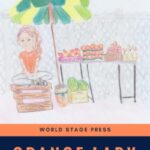 Switches, Hot Wheel Tracks, and Extension Cords
0 out of 5
( There are no reviews yet. )

Orange Lady is a poetry collection that recounts the author’s experience as an immigrant growing up in South Central Los Angeles, where her family sold oranges on the street in order to survive. In adulthood, Ms. Ayón explores different facets of grief from not belonging in certain spaces, longing for a country she left long ago, and the loss of her father. The title itself stems from a moment when she was young, and a classmate called her, “Orange Lady” in front of the whole school after seeing her selling oranges. Although that moment initially caused her immense shame, it later motivated her to become more than her circumstances. These poems depict a journey that begins with recollections of being a street vendor to fading memories of Mexico and South Central Los Angeles, to reflections about a daughter’s relationship with her father. They delve into issues of poverty, cultural identity, and the many hardships faced by the immigrant community.

“I am astonished by the heartbreaking beauty of “Orange Lady,” Erika Ayón’s debut collection. Here is a poetry of survival and betrayal, love and longing on the gritty streets of Los Angeles. San Pedro and 23rd, Numero Uno Market, Freemont High School are a few of the settings in which her real-life drama unfolds with cinematic clarity, as in the final stanza of “Each Fall,” where her father returns with stories from four months working the fields: ‘How the strawberries bleed onto your cut,/blistered hands. How people are plucked/from trees by the immigrant police. How rows/of men lie down to rest at night with love letters,/photographs planted above their chests.’ Erika Ayón is a poet to be reckoned with.”
-Donna Hilbert, Author of Gravity: New and Selected Poems.

“Erika Ayón’s debut collection of poetry Orange Lady is an immigrant testimony of survival and resilience, of what it means to be in South Central LA, between San Pedro and 23rd Street. These poems record a plea for peace, for a father’s and a mother’s rest, an autobiographical narrative, where each poem stitched to each other forms a litany of street vendors, cholos, and the reconstruction of a Mexican family. The orange, sometimes the object of consolation, sometimes struggle, becomes “the only thing that could compete with the sun,” and begins the powerful journey of what it’s like to fall in love with poems. The important voice in the Orange Lady asks for permission to write, to put thoughts into words, the need to recover everything once dear, now lost.”
– William Archila, Author of The Art of Exile, winner of the International Latino Book Award, and The Gravedigger’s Archaeology, Letras Latinas/Red Hen Poetry Prize.

“Poignant stories told with a clear, beautiful voice. Erika offers such an important perspective. Especially at this time.”
-Ruth Forman, Author of Prayers Like Shoes.

There are no reviews yet.

Be the first to review “Orange Lady” Cancel reply

You've just added this product to the cart: